Run, jump, and dash across a land inspired by Japanese mythology and explore the complicated relationships between kitsune and humans in this follow up to Super Bernie World.

Play as a young female kitsune, one of Inari's fox-eared and bushy-tailed messengers, and embark on a hero's journey that begins while delivering your first message. Experience a romantic encounter with a kindly sorceress who comes to your aid in a time of need. Explore the complicated relationship with your former mentor turned antagonist and uncover her reasons for sealing your love interest inside an elemental prison. Unlock powers that manifest as cute outfits to help you run, jump, and dash across a land inspired by Japanese mythology in Kitsune Tails, the follow up to Super Bernie World.

Brought to you by 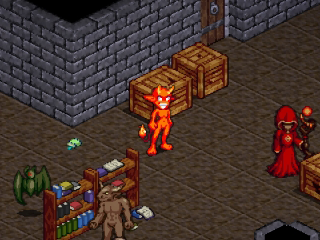