The first part of the quality of life changes to MidBoss, version 1.1.7, is out now! Read on for highlighted changes, our v1.2 roadmap, and the full changelog.

This new version contains many bugfixes, as well as quality of life features that were easier to implement to tide players over until the next patch. An exhaustive list of changes is available below, here we'll highlight the most important changes.

We've changed the way these skills work in two ways, to help encourage players to use imp form more often. Many players were not aware that the imp form can be stronger than any other form if equipped with optional mastered forms, as it gets the best stats of all forms that way.

The first thing we did is to add a prompt window to the depossess ability. This window calculates what mix of equipped, mastered forms would give you the best attribute multipliers as the imp, and shows you how your base stats would increase just like the possession prompt does. The prompt contains dropdown boxes so that you can play around with the equipped forms and immediately see how your stats would be affected, all of this without committing to actually depossessing your form before you know what the consequences will be.

This same prompt also automatically pops up when you master your current form, alerting you that your stats may improve if you depossess and equip it to your imp form. We have however added an option to disable this to the options menu.

Finally the possession prompt now contains a choice between possessing the creature you killed, or draining their soul. Soul drain is a new mechanic where instead of possessing you instead heal yourself by 10% of your max HP plus 10% of the creature's max HP. This means that to regain health as the imp you no longer have to possess and then depossess, which takes turns. Soul drain takes effect and heals you immediately.

To soul drain you do have to still cast possession on creatures. Soul drain is also available outside of imp form, to lessen the playerbase's impression of Life Leech as an absolutely crucial-to-have skill.

The depossession prompt is not the only way we've increased the player's ability to easily track changes. The equipment menu now contains a collapsible list of stats on the right side of the window, which update in real time as you change forms or equip different items.

We've also clarified in the tutorials that soul fatigue does not take effect until you close the window, and no matter how many times you swap forms while the window stays open you will only ever gain 1 stack of soul fatigue, and 0 if you roll back your changes. Combined with the stats on the equipment menu it is now much easier to track how changing equipped forms alters your stats while in imp form.

In fact, to aid with just this process, mastered forms in dropdowns now show a mastery star, so you can see at a glance which forms are mastered and which aren't.

While there is no item hotbar in this version, we have made it so that items can be used or equipped from the ground by right clicking the item in question. If you try to equip an item from the ground and there isn't enough room for unequipped items, they'll be dropped to the floor instead.

Finally as part of the GUI improvements we've added several types of map markers. There are markers for stairs, the merchant, the cratefish king, all four types of shrines, and legendary and unique items on the map.

All three armor types (plate, leather, and robes) as well as shields now come with an additional damage reduction quality. The value is random, though plate armor will reduce physical damage more, and robes will reduce magical damage more. Shields and leather armor have a balance between both.

While many players have told us smashing everything in sight is one of the more satisfying aspects of the game, we have heard those of you who feel it takes too long. To alleviate this, we've greatly sped up the hit animation on destructible static items.

Additionally, bookshelves are now destroyed in a single hit, and will randomly look either tidy or disheveled.

While not something you smash yourself, when the cratefish king's goodie crate breaks it will now spread items across more tiles, making it easier to sort through your loot.

The next patch is tentatively planned for September. Some of the planned changes include:

Keep in mind that this is not a full list of changes coming in the next patch, only an overview of the most important planned changes, and that this is subject to change. 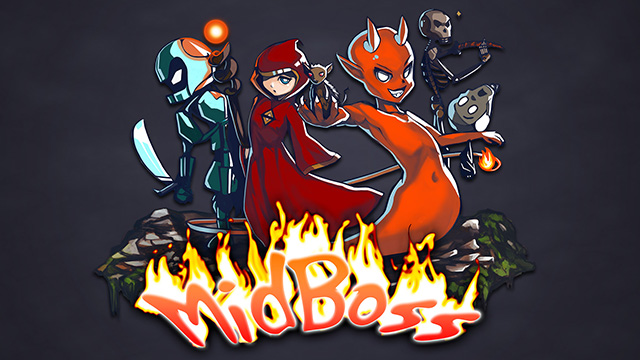 Kill your enemies, possess their bodies, and take their abilities as your own in this procedurally generated death labyrinth.