Ultra Hat Dimension, a puzzle game about adorable hats and getting punched for wearing them is now available on Steam and itch.io for Windows, Mac, and Linux for $4.99! Ratalaika Games has also ported Ultra Hat Dimension to all major consoles, available now on PlayStation 4 and Xbox One, and releasing on Nintendo Switch tomorrow, July 17.

Everything goes awry shortly after hat designer Bea arrives to accept her award for winning the annual hat design competition when the normally peaceful Spluffs turn violent and start punching anyone who wears a different hat! Featuring grid-based puzzles about maneuvering and displacement, Ultra Hat Dimension is a lovely jaunt through a gauntlet of fisticuffs.

Guide Bea through five seasonally themed floors consisting of 65 puzzles, and uncover the truth behind the terrible curse afflicting the Spluffs through the fully animated introductory cutscene and story intermissions between levels. 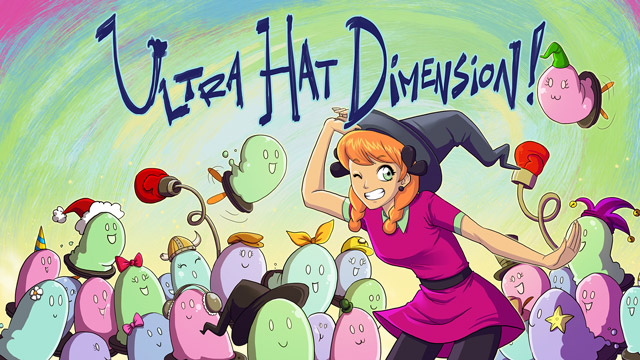 Solve puzzles using hats, exploring through the levels of the Spluff Palace to defeat your arch-nemesis!